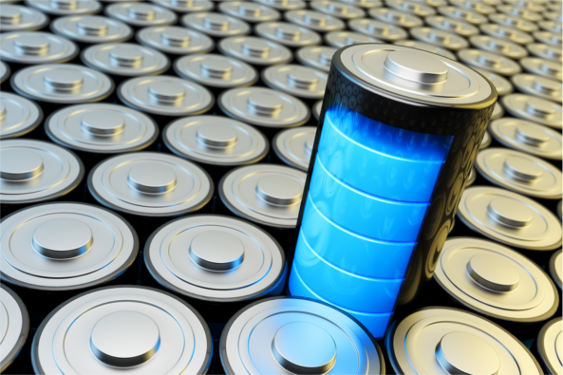 When it comes to predicting battery performance and degradation, more and more engineers are seeing the benefit of utilizing simulation tools like GT-AutoLion, the leading Li-ion battery simulation software. With simulation, engineers can predict battery performance and aging outside the standard capabilities of physical testing and because models run much faster than real-time, the simulated models expedite the process of testing lithium ion-batteries.

However, some engineers face a challenge that prevents them from utilizing simulation to its full potential, and at times from even attempting simulation. When engineers start with limited knowledge of the Li-ion cell, for example with nothing but a cell specifications sheet that contains only the very basics of the cell (i.e. chemistry and geometry), they struggle to build models that are an accurate reflection of the actual cell.

Because we noticed this struggle, GT created a process to calibrate cell models, then we developed a “cookbook” that walks through this process of going from a cell specification sheet to a predictive model. While I won’t cover the entire process of calibrating a battery model, in this blog, I’ll introduce some of the early steps using the GT “cookbook”, also known as the GT-AutoLion Application Manual and Calibration Process.

What type of cell are we working with?

The first step in calibrating a model is to determine the type of cell you have. Cells can range from having low-energy density and high-power density to having high-energy density and low-power density. Power-dense cells are used in applications such as power tools and mild and full hybrid electric vehicles (HEVs), where the battery is able to take high-power discharges and charges for starting the engine and regenerative braking. On the other hand, energy-dense cells are used in consumer electronics and battery-electric vehicles (BEV) in order to maximize the duration of the product.

If you don’t know which type of cell you are working with, start by looking at the voltage discharge curve, which you will find on your cell specification sheets. The figure below shows example discharge curves for batteries that use the same active material and electrolyte, but are designed for power-density or energy-density. If you have a high-power density cell, the voltage discharge curve on your cell specification sheet will look like the curve shown below on the left. These power-dense cells are capable of providing high C-rates continuously. If you have an energy-dense cell, the curve will look closer to the one shown below on the right. The deliverable capacity of these energy-dense cells goes down with increasing C-rates much faster than that of high-power cells.

Once you’ve identified the cell type, the “cookbook” offers suggestions on many parameters and attribute values. For example, if you have a power-dense cell, the “cookbook” suggests using thin electrodes, usually in the range of 40 microns with electrode porosity values greater than 30%.   There are many parameters in GT-AutoLion that require a good starting point, or guess, by the user, but these parameters can be tuned by using the GT optimizer to calibrate the model.

What is the integrated design optimizer and what can it do?

In order to have an accurate model, it must be calibrated. We recommend using the data in the plot below (voltage drop during constant current discharges) to calibrate GT-AutoLion models. We can use the Integrated Design Optimizer – a built-in tool that calibrates models so that simulation results and experimental results are closely matched.

By using a combination of attributes found on the cell specification sheet and guidelines in the cookbook, you can enter the geometric attributes into GT-AutoLion for calibration. The design optimizer will then vary unknown material parameters so that simulation and test data match. The optimizer runs the simulation iteratively, each time changing the values of the parameter until a stopping criterion is met. It uses a search method or algorithm to intelligently determine the next set of input values in as few model evaluations as possible, since each execution of the model may be computationally expensive and time consuming.

The figure above shows the result of a simulated voltage curve before and after the data were optimized using GT-SUITE’s design optimizer. The simulated and experimental data now match up even better than before it was optimized! Once the calibration process is complete, you have an accurate model ready for simulation and experimentation such as battery aging tests, voltage and power studies, and more.

As you can see, GT-AutoLion provides an easy method to build an accurate electrochemical cell model, even when an engineer has very limited data from a cell specification sheet. However, there are still some details in the cookbook that will help calibrate your battery models but are not covered in this blog.

If you want to learn more about the workflow and capabilities of this powerful tool or if you would like to access the GT-AutoLion Application Manual and Calibration Process, please contact us through our website.