President of Gamma Technologies Elected to National Academy of Engineering 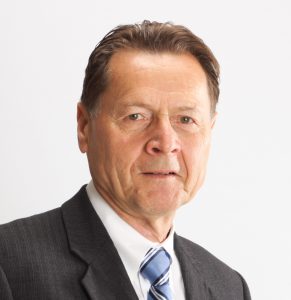 Dr. Thomas Morel has been elected a member of the National Academy of Engineering

Dr. Thomas Morel, president and founder of Gamma Technologies, has been elected a member of the National Academy of Engineering (NAE). This peer-elected membership is among the highest professional honors given to an engineer.

In bestowing this membership, NAE cited his contribution to the “development of computer-aided engineering tools for engines and vehicles.”

Throughout his career, Dr. Morel has made many significant contributions to the field of computer-aided engineering.  As founder of Gamma Technologies, he plays an instrumental role in not only developing GT-SUITE simulation software, but also in growing its usage across the globe. His technical work currently focuses on the development of new fluid dynamics models for GT-SUITE thermal management.  He is a strong proponent of multi-disciplinary integrated tools, and the evolution of GT-SUITE reflects this philosophy.

Dr. Morel graduated from the Czech Technical University with a degree in Mechanical Engineering before earning a Ph.D. at the Illinois Institute of Technology.  In 1994, he founded Gamma Technologies with a small group of engineers focused on perfecting simulation software used to design and optimize engines.  The state-of-the-art software quickly expanded to simulate other systems such as thermal management, integrated systems, multi-body mechanics, and fluid systems.

Today, engineers around the globe use GT-SUITE to optimize products in many industries including automotive, aerospace, industrial machinery, power generation, and more.

In addition, Dr. Morel also has expertise in vehicle aerodynamics. This includes his work on the aerodynamic design of the rocket-powered land speed record holder “The Blue Flame”, at 622 mph (1001 km/h) in 1970.  In his work at General Motors Research, he also contributed to basic research on drag generation on bluff bodies (such as cars and trucks).

Dr. Morel’s contributions to engineering have been widely recognized, and he is a fellow of The Society of Automotive Engineers, and fellow of The American Society of Mechanical Engineers.  He is also a past chairman of the ASME Fluids Engineering Division and a past chair of the SAE Fellow Selection Committee.  Dr. Morel’s direct technical contributions are reflected in over 100 publications, and he has received several awards for best publications and presentations.

Dr. Morel will be formally inducted into the National Academy of Engineering on October 6th.  Gamma Technologies congratulates Tom Morel on this achievement!