When simulating a large battery module, typically we assume that all the cells in the module are going to be the same. However, that is not always the case. Factors such as the capacities and resistances of the cell can vary from cell-to-cell. This brings up the question – How can we model the variance of different cells within the module?

In v2021 of GT-SUITE, we added some new features to help model this cell-to-cell difference. One new feature is a new statistical variance analysis tool.

This new tool opens a wizard which walks users through choosing an object to select and vary the mean and standard deviation for the attribute variation. This will create unique parameters for each part associated with the object. To put it simply, each cell uses part overrides to define different capacities and resistances for each cell in a battery module.

Another new feature is in our design of experiments setup. The Monte Carlo method has been added as a new DOE distribution method in DOE Setup. This allows users to vary any parameter according to a normal distributed mean or standard deviation.

Let’s take a look at this example below. 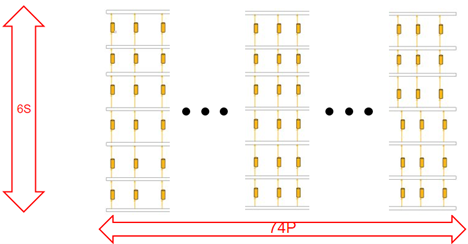 In this example, we have a battery module with 444 cylindrical cells – 74 in series and 6 in parallel. We were told that the cell capacity was 3.2 Ah. Additionally, we were given distributions of the capacity and the resistance of 200 cells of the same type. The distributions followed a standard normal distribution and included the mean and standard deviation of the distribution.

After running the model, we can look at the responses for each individual cell in the module including the state of charge and total energy dissipated.  The boundary conditions for this model include discharging at a 2C rate and using a simple thermal model of a 1-D convective boundary condition at an ambient temperature of 25oC and a convective heat transfer coefficient of 10 W/m2K. The total energy dissipated varies by around 3% and the SOC varies by around 1% within the various cells in our module. 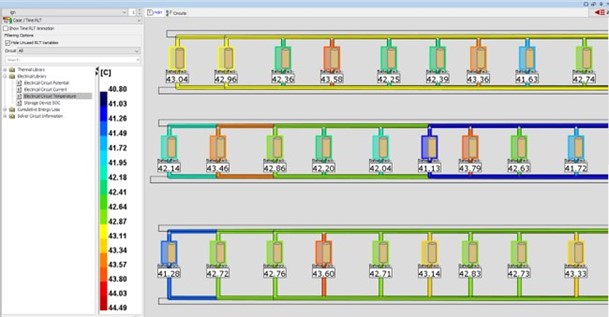 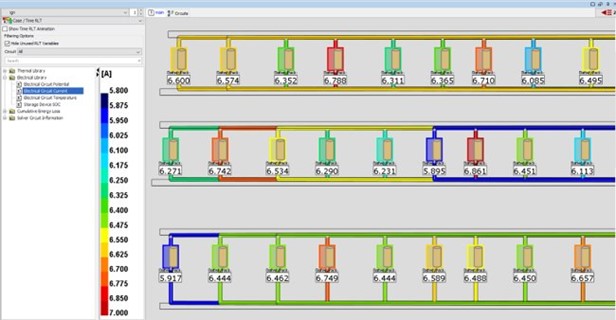 Those these results may seem small, but depending on the ambient temperature, discharging/charging protocols, or other factors, they can have a great effect on the battery module. In some instances, we might be able to see that one section of the battery module is heating much faster than another, meaning that some cells might need to be replaced faster than others or need to be designed to allow for more cooling compared to other areas of the module.

With these new tools and with GT-AutoLion, users can take large battery modules like these and analyze the responses of each individual cell and extrapolate to various C-rates and temperatures with physics-based modeling – allowing the user to gain more insight into their battery module, evaluate the battery degradation, and improve their BMS in the process.