GEM3D can be used for engine performance applications to build and characterize core components like manifolds, plenums, runners, and more.

GEM3D can be used for acoustic applications to build and characterize complete intake and exhaust systems including air boxes, resonators, plenums, mufflers, silencers, and more.  Some of the applicable features include baffles (any orientation), perforates (on pipes and baffles), absorbing material (wool), sleeves (empty or filled with wool), and more. 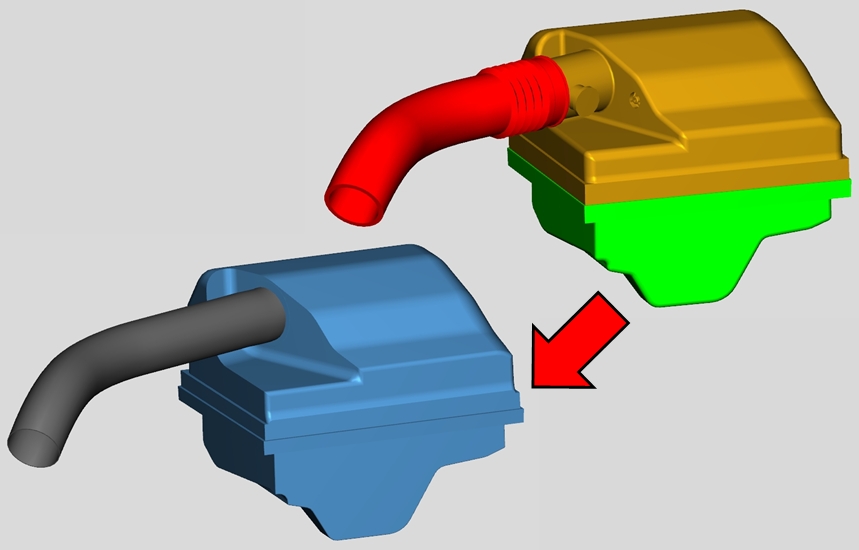 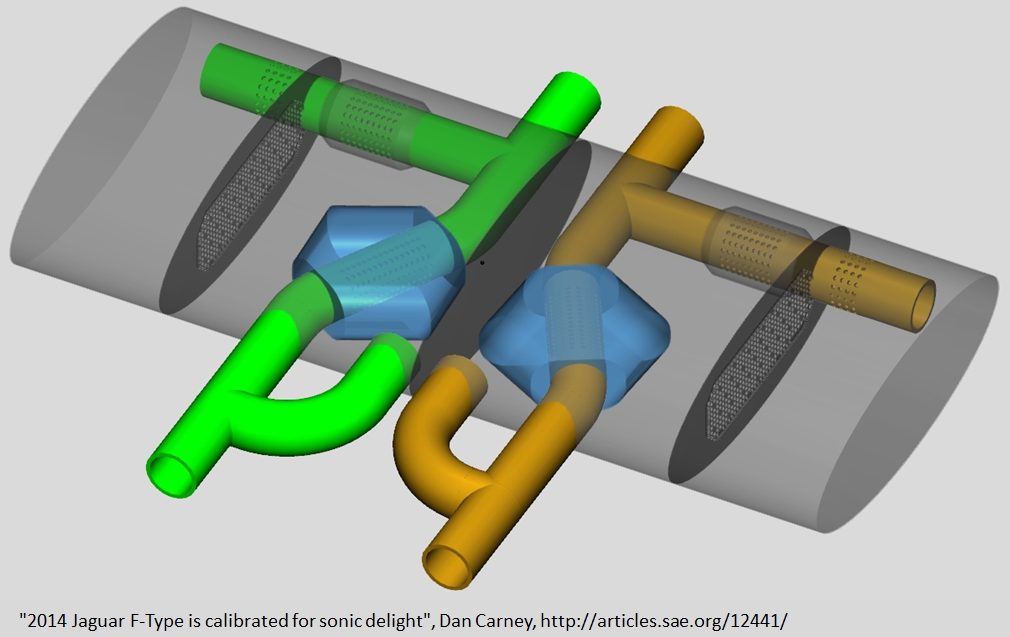 Detailed vane and gerotor pump CAD models can be imported to GEM3D for automatic conversion to a 1D flow model. The chamber volume and port area profiles needed for a 1D pump model are generated automatically based on CAD.  These detailed pump models can then be used to study wave dynamics from the pump, as well as to generate predictive flow maps.

Detailed scroll compressor CAD models can also be imported to GEM3D for automatic conversion.  These detailed compressor models can then be used to predict compressor performance vs. speed, pressure rise and temperature as well as for flow and pressure dynamics analysis.

GEM3D can currently automatically convert many pumps and compressors including: