Over 300 Attendees at the 2010 European GT-SUITE Conference: US Conference Also Sets attendance record

The 2010 GT-SUITE European Conference was held on October 25, 2010 at the Steigenberger Airport Hotel in Frankfurt, Germany.  This 14th edition of the conference drew a runaway record crowd, with over 300 participants, representing a nearly 40% increase over the previous year’s record assembly.

Over 300 Participants at the 2010 European GT-SUITE Conference

This year’s conference continued the highly popular split session format, with joint sessions in the morning and afternoon, sandwiched between split sessions the rest of the day.  One of this year’s split sessions was dedicated purely to aftertreatment modeling with GT-POWER, which has become a very common application amongst the customers who are designing engines and aftertreatment systems to meet the current and future emissions legislations.  Other topics covered in the split sessions included basic engine performance modeling, lubrication system modeling, crankshaft modeling, and hybrid electric vehicle modeling.  Presentations were given by engineers from companies located in Germany, Italy, Switzerland, Hungary, Finland, United Kingdom, and France, as well as two presentations from engineers all the way from Japan. 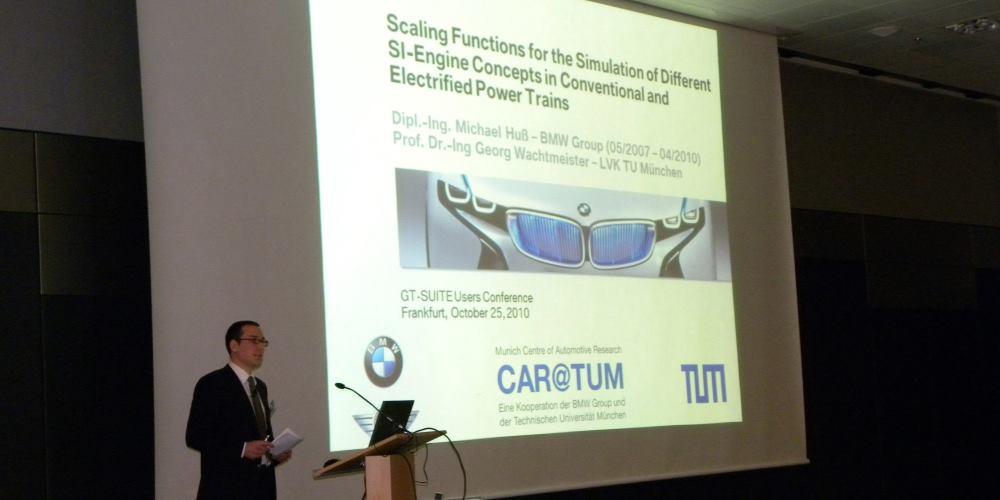 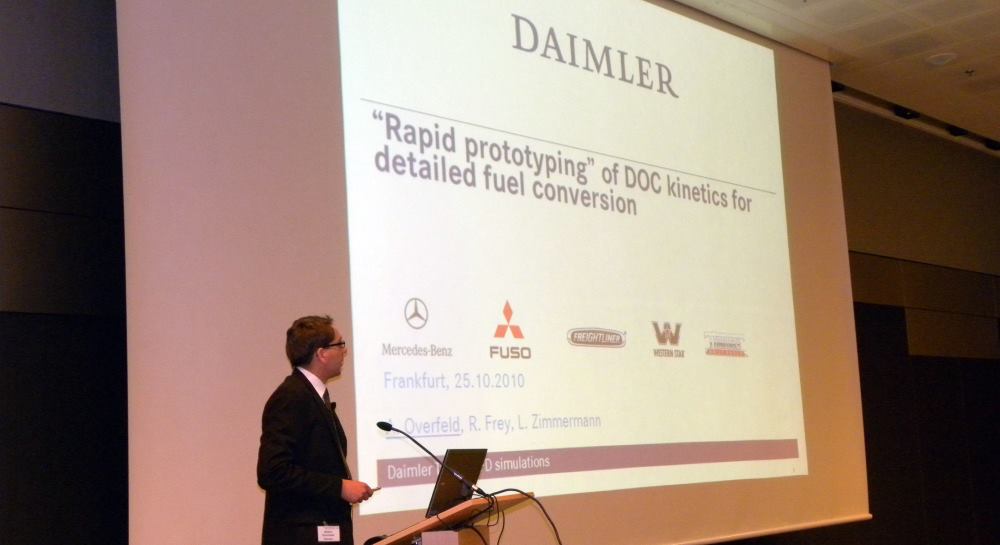 This year we had the special privilege of having two presentations  given by engineers from Toyota and Nissan in Japan.  Mr. R. Sawada of Toyota presented his very interesting study on Toyota’s vision for future CAE modeling requirements, and the use of integrated simulations for modeling the complex interactions that occur in modern vehicles.

Dr. M. Kubo of Nissan presented his exciting work on hybrid vehicle modeling with GT-SUITE, and illustrated how GT-SUITE’s comprehensive library of engine, vehicle, and multi-physics modeling templates allow for the rapid and efficient modeling of any HEV architecture and topology. 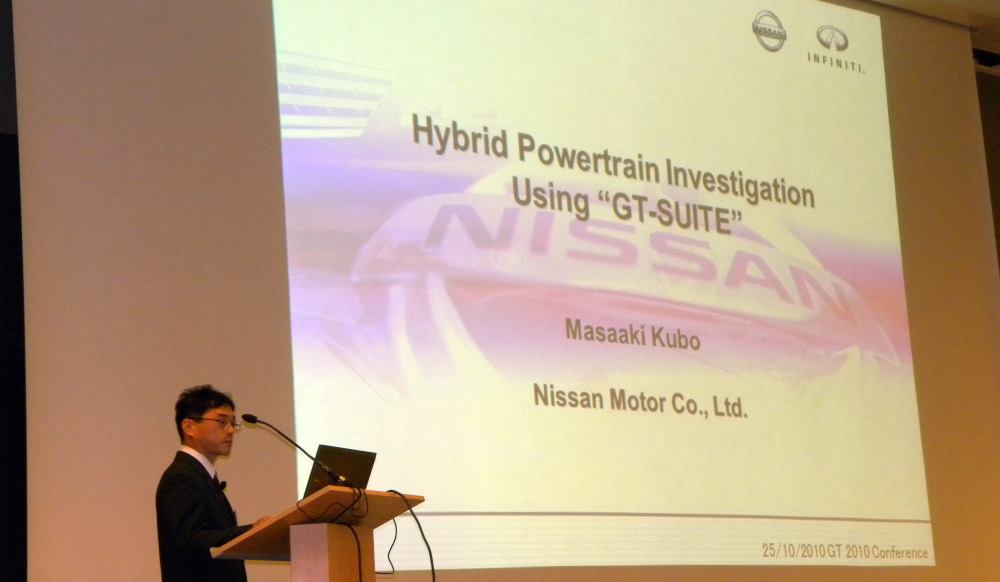 During lunch and the intermediate breaks, demonstrations were given in a dedicated room, in which GTI presented many of the new features that were recently released in GT-SUITE V7.1.  Of particular interest was the newly released capability in V7.1 which allows the fast creation and real time execution of engine models which include crank angle resolved cylinder computations, and capture wave dynamics of the intake and exhaust system.

There was also a poster session at this year’s conference in which several of the GTI service provider partners discussed their modeling experiences and expertise related to aftertreatment system modeling with GT-SUITE.  These sessions were represented by engineers from PowerTech, AVL-LMM, FKFS, and FEV.

Over 100 Participants at the 2010 US GT-SUITE Conference 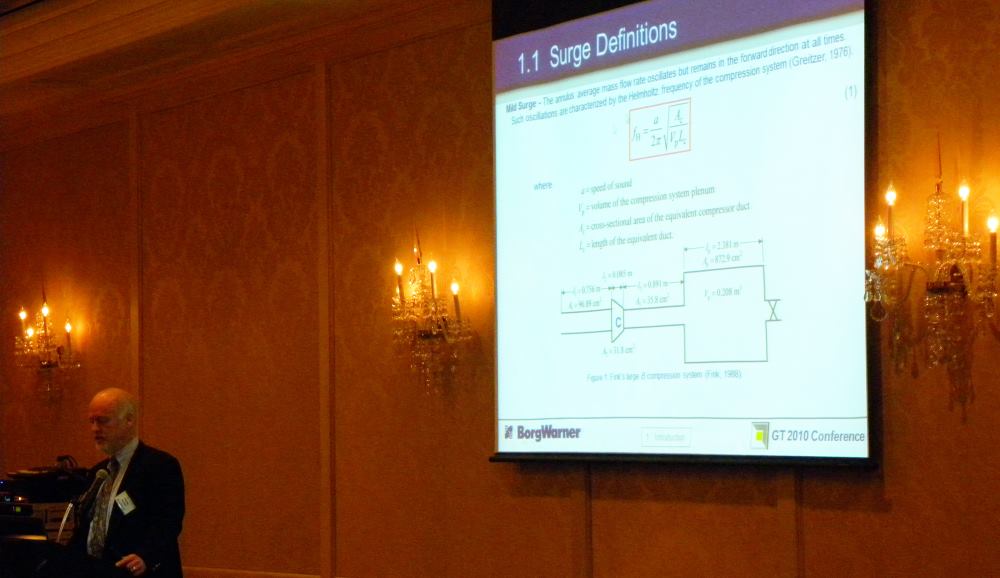 There were eight excellent user presentations given at this year’s conference, presented by engineers from FEV, Sherbrooke University, TNO, John Deere, Cummins, Borg Warner, and N2Kinetics.  Approved presentations can be accessed in our 2010 US Conference Papers.