Record Number of Attendees at the 2009 GT-SUITE Conference

The 2009 GT-SUITE European Conference was held on November 9, 2009 at the Steigenberger Airport Hotel in Frankfurt, Germany.  Despite the difficult automotive market conditions which have led to tight travel restrictions for many companies, this year’s GT-SUITE conference set a new attendance record, attracting more than 220 engineers from the transportation industry, about 10% more than attended in 2008.

For the third straight year, the conference was organized into split sessions, in order to accommodate the large number of interesting and diverse topics submitted for presentation by the GT-SUITE community, with particular focus on engine simulation, vehicle modeling, and engine and vehicle thermal management.  The morning joint session was anchored by a presentation on HEV modeling by Volkswagen, in which a single, unified GT-SUITE model was used to model six different HEV architectures and control strategies.

After a morning break, the conference broke into a split session format.  One session focused on GT-POWER applications, in which three presentations related to turbocharger modeling were given by engineers from Peugeot Motorcycles, Porsche Engineering, and Bowman Power Group.

The afternoon sessions continued in split format, with another session dedicated to GT-POWER, while the other session was focused on total vehicle thermal management. 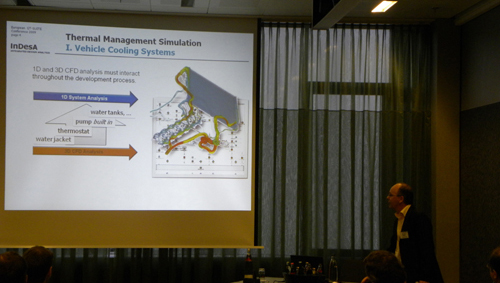 During lunch and the intermediate breaks, demonstrations were given in a dedicated room, in which GTI presented many of the new features that were recently released in GT-SUITE V7.0. 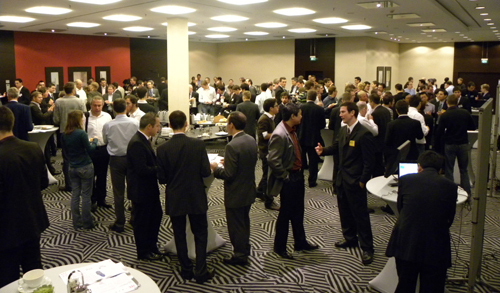 Users interacting during the break

Attendees were also quite entertained and interested in the FSAE World Champion Formula race car, which representatives from the University of Stuttgart were kind enough to demonstrate at the conference, and discuss how modeling their engine with GT-POWER was a key component of their winning recipe. 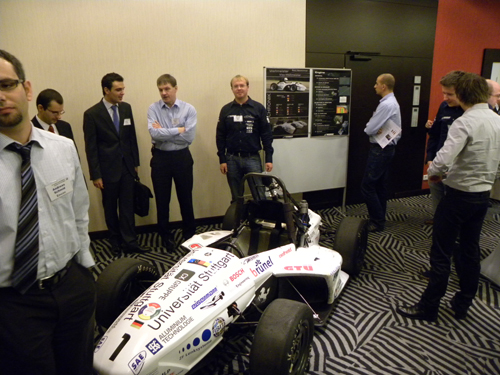 User interactions and Formula car demo during a coffee break

Finally, the day wrapped up with a final joint session in which GTI staff demonstrated many of the new features of V7.0, and highlighted specific applications of integrated simulation with GT-SUITE. 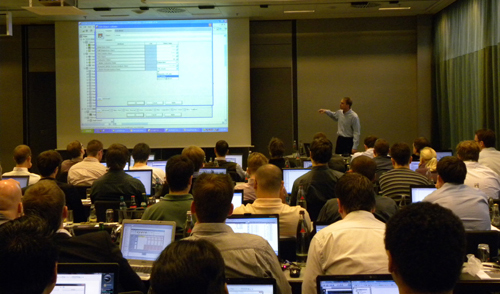 In total, there were 15 presentations given by GT-SUITE users at the 2009 European GT-SUITE User Conference.  Please click here for a complete list of All Presentations

Following the European Conference, the US Conference was held on Dec. 7 at the Townsend Inn in Birmingham Michigan, and it too was a great success.  There were over 100 attendees from the Detroit area OEM’s and suppliers, as well as several attendees from outside of the Detroit area.  There were eight outstanding user presentations given by representatives of FEV, GM, Delphi, John Deere, Emcon, and Borg Warner, as well as a very novel and interesting presentation by consultant Paul Blumberg describing an “Octane on Demand” engine concept.

In total, there were 8 presentations given by GT-SUITE users at the 2009 US GT-SUITE User Conference. Please click here for a complete list of All Presentations.